skip to main | skip to sidebar

We washed up, had breakfast and went through our plan for the day together. We left promptly at 8.30am, and headed to NUS via Clementi Road by foot from West Coast Park. Along the way, we stopped by Genesis School to attempt completing two tasks, ‘leader’ and ‘children’. However we got rejected as they only accepted appointments. Handling the rejection well, we continued on to NUS. We sought help from a stranger in helping us find the sign ‘I was here’. She directed us to the University Cultural Center via the internal shuttle bus. As we were unfamiliar to the place and were busy discussing our plans, we missed the first bus as no one flagged it. After boarding the next bus, we found the sign! 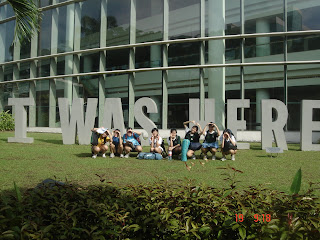 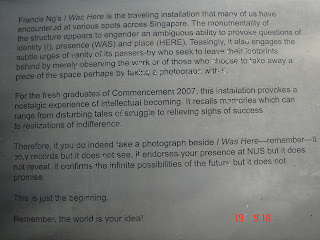 But as we were heading out, Ah Hao suggested that we should not skip so many stations and to reach for the ‘low-lying fruits’ first, instead of being too ambitious. This led us to re-plan our whole trip to include Chinese Gardens and Sembawang. Learning to utilize our resources fully, we decided to use the wireless network in NUS. However, it was protected and only open to NUS students. We decided to seek help from students there, but ended up wasting too much precious time there. Initially, we were supposed to leave at 9.30am, but ended up leaving at 10.40am, without even finalizing a new route. This brought up our consistent problem of inefficiency during this journey. Following that, we headed to NUH, Science Park Drive and walked towards Kent Ridge Park, and finally to Bukit Chandu. However, the route was very tough as there were many curves, turns, uphills and slopes.

To reach Kent Ridge Park, we also had to pass through a place called ‘Ninety-nine Curves’. According to Judy, it was originally a road where many racers used in the 70s and 80s. As it was too dangerous with the curves and bends, it was finally close in the 90s and is now a normal road for driving.

After walking uphill to Kent Ridge Park, we met an officer from the National Parks and decided to interview her for the task, ‘leader of the community’.

Following this, we continued on to Bukit Chandu and managed to reach there before 12pm, which was our designated timing. 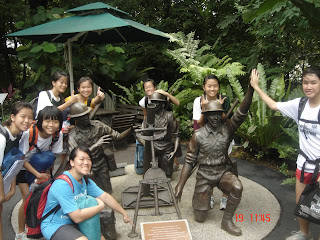 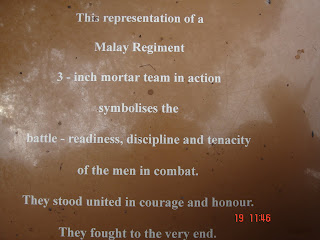 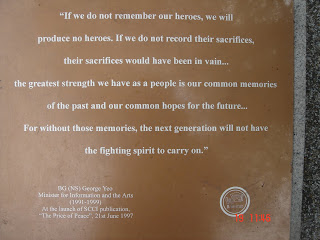 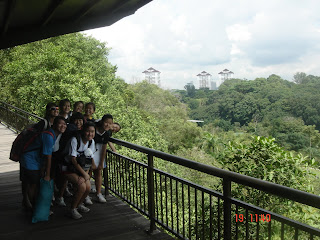 As we managed to attain our target set, we were rewarded by Ah Hao with 3 Snickers Bars! But they were melted and no one felt like eating them at that time. But they are much appreciated. We also had a surprise visit from Pei Yun there, who taught us the idea of delayed gratification. As we had completed a Rewards Challenge of 500 success claps, we earned our reward but Ah Hao did not give us the reward instantly. Pei Yun brought up that we should not always expect immediate results. Leaving through Hort Park and exiting via Pepys Road, we decided to head to Harbourfront, the nearest MRT station. But it started pouring heavily when we reached Pepys Road. Along the way, we stopped along Telok Blangah Road and decided to complete the task at the HDB flats since the rain was getting heavier.

It was difficult to obtain the items required for the task as we realized that the area we chose was not very well-off and were mostly one room flats, with many elderly residing there, without many young children. We had to go through two blocks to complete the task, but with some items still not tallied. However we had excess items as people donated other items which could also be useful for children. We decided the remaining items for other places in Singapore, and headed for lunch at the nearest coffeeshop. We ate wanton noodles for $2.50 and also a hot drink each as the weather was very cold. Following lunch, we were also told that we could have an extra bus ride, plus more help and advices from Ah Hao and Judy. We decided to take a bus directly down to Jurong East from Telok Blangah to complete the station at Chinese Gardens. We took bus 97, and we did our reflections and prepared items that we needed to complete our tasks. When we alighted at Jurong East Interchange, we asked for directions and followed the MRT track down one station to Chinese Gardens. At the MRT station, we found an AXS machine and applied for our permit at Sembawang Park tonight.

Upon reaching Chinese Gardens, we approached the security guard for directions to the Statue of Confucius. He kindly provided us with a map of the place and planned the route for us. However, we were unable to comprehend the map and got lost after the signs directing us to the statue stopped. No one was clear of which direction to take, and we ended up not making good use of our time there. However, we managed to find it finally, after taking a risk of cutting through a large pebble bridge. 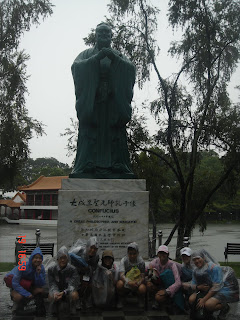 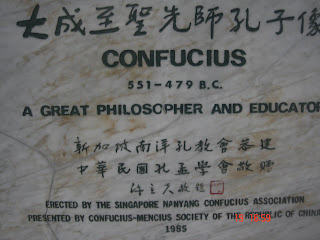 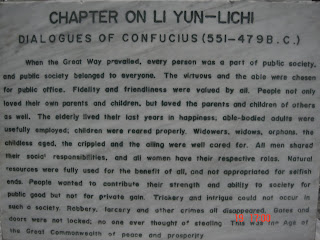 Along the way back to Jurong East, Ah Hao told us to go under a HDB block where he went through his observations of us during the journey to Chinese Gardens with us. He pointed that we had to work with a stronger sense of urgency. He also focused on the M (Model the Way) and C (Challenge the Process) aspects of the leadership model we were introduced to. As we continued back towards Jurong East, we realized that Jurong Point, which we were heading towards, was actually located at Boon Lay. Luckily we remembered IMM, and headed here as we had to update our blog and complete our tasks. Entering IMM, we went to Macdonalds directly as we were certain that there would be powerpoints and wireless provided for us to utilize as we had a lousy laptop. ): To our horror and shock, the outlet had closed their powerpoints long long ago, so we decided to search at other fast food outlets. On our way to Burger King, we made use of our good observation skills built up from yesterday, and managed to spot powerpoints at the bottom of pillars in the middle of the mall. So here we are, sitting on the floor of IMM, updating our poor blog while the rest of awesome Beta, are out there completing the rest of our tasks efficiently.

Dinner at Macdonalds now, don’t be jealous! We are super rich.

We also managed to complete two tasks while at IMM, the children's day and flash mob. AWESOME!

We trained down to Yishun after dinner, and walked a whole long long long distance to Sembawang Park as we had headed for the wrong direction initially. 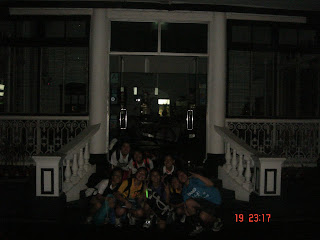 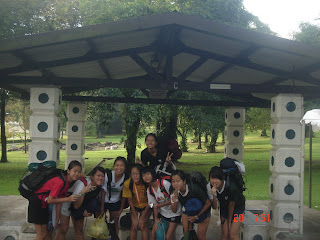